What are the key variables you need to know for each futures or forex trade? You will learn about the Open, Stop Loss and Target Price of the trade, along with how many contracts to open.

Where to Open, Where to Close - Basic Setups Part 2

In this story I will show you how to open a long position in gold. You will learn the key data you need to lock down the potential risk and reward before opening the trade. Instead of opening a contract at today's price and then hoping for the best, we will dispassionately look over the chart of gold and determine our entry, a defensible location to place our stop loss and a reasonable target price given gold's recent price action.

By doing so we will have a trade with a defined risk (the difference between the open and the stop loss prices) and a defined reward (the difference between the open and target prices). Once the trade is opened, we will rarely revisit these key setup prices because to constantly second guess every price movement in the market will wear you out emotionally. You will be in no state to make a rational decision to either close out this position or open a new one. Instead, all this work must be done beforehand.

Ignore price movements in open positions and instead focus your efforts on analyzing the longer term trends that drive the current price action you see in the charts. These trends arise from either longer timeframe charts or the fundamentals driving the market you are trading. For example, in gold the relevant fundamentals are the global risk environment, price inflation and movements in interest rates. There is enough there to keep you busy without becoming exhausted following minor price wriggles.

The current price at the close of the most recent trading on the chart was $1260.75 in USD (United States Dollars). In general we will attempt to open at the start of trading of the next period immediately following the signal. We might set a limit order to ensure there is no huge gap but we have to be careful about trying to get a better price or we risk missing out on the trade altogether. The worst scenario is that we find ourselves 'chasing' the price as it pulls away from us. Never chase a price - walk away instead.

In this case we will accept the open price (OP) as set by the market on the next day. We hope to open our position at that price or lower. But before we commit our funds we need to know our target price, the stop loss and how many contracts to open.

The target price (TP), sometimes called the "take profit" price (and conveniently the same initials, TP), must be based on something more than your optimistic hopes for a successful trade. The first target appears to be the top of the range, about $1295. You will have to accept that for now but I have much more to say on this topic in a later story in this series. Later on, I will show how to derive the TP by applying a risk/reward multiplier to the risk of each trade, but for now I suggest we use discretion and set an appropriate TP from the chart alone.

It is essential to recognize that all traders have losing trades and your winners must at least compensate you for the losses. Some writers argue that because you have a 50% chance of the market going either up or down then you will win half the time. If that were correct you would need to target at least twice the amount you stand to lose.

Unfortunately it is not so simple. We do not know the future so it may be true there is a 50% chance of the market going either way. However the market takes many paths to go up or down. Even in the 50% of cases where the market goes your way, there is also the possibility that before the market goes up it first falls enough to trigger the stop. Since the stop is closer than the TP, it is more likely that the SL gets triggered first. Afterwards the price might recover and hit your target, but without you along for the happy ride.

For this reason we should require more from a potential win than only double the risk. You must avoid any trade with a potential win less than double if you have only a 50% chance of winning. More on that later.

Instead of holding on to a losing position, with all the resulting emotional and financial distress, we are going to set a price where we will automatically close our position should the market go the wrong direction. By placing a stop loss (SL) on our trade we effectively limit the risk of the overall position.

Unfortunately the SL is not a contract with your broker - why should they take a position off your hands that you no longer want? Instead the SL price being triggered will result in your position being placed into the market and other market participants will determine the price you receive for closing it out. In normal market conditions there is a mild amount of slippage and you may get closed out at a worse level than the SL you set. You should allow for that in the calculations below.

However, occasionally the market may be illiquid as an unexpected dramatic event begins to unfold. In such circumstances there may be no one willing to take over your position at anything like the SL price you set when you opened. Although thankfully rare, such events happen often enough that you should heed the advice below about the maximum percentage of your funds that you invest in any one position. Although such a loss might be painful, if you follow this advice you will survive while all around you other traders are being wiped out.

Now we are ready to discuss where to place our SL for this simple gold trade example. The key to choosing an SL is to locate an area where the market has recently tested a price and found support (or resistance if opening short). By choosing an area of support to place a stop in a long trade, you are raising the probability that your trade will also survive any renewed test from other traders. Note this does not provide any proof your trade will survive, it just raises the probability. As you will see, consistently trading higher probability scenarios will bring you out ahead of the game.

Although this closer area is more likely to be stopped than the lower SL at point B, there is always the possibility of the market falling and triggering both stops. In the unfortunate event a stop at 1251.40 gets triggered we can sit out the potential fall in price back down to B. If a buy signal occurs there then we can open a new position without any of the additional risk of sitting in a losing trade, unable to take advantage of new market developments and unable to go short. There are other advantages to choosing the closer stop to do with leverage which I discuss below.

More to the point, you are not trying to be right about the market, you are just trying to win. To win you need to be opening positions in the same direction as the traders who are moving the market. If the market goes the wrong way for your trade then you chose incorrectly and you need to be out of that position as fast as possible. The nearby support area where you placed your SL is the only flexibility you allow the trade. Once breached, you should immediately cut your losses.

Now that we have specified our open, stop loss and target prices for the sample gold trade, we need to turn our attention to the number of contracts to open. We will look at risk and contract sizes in the next story. 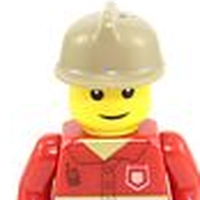 I think finding a support/resistance area for profit taking makes most sense. Using some kind of average from a simulation seems fishy in comparison. I get your pt though. A proper support/res level requires human intervention. Not easy if you want a computer to get the levels for you I suppose. 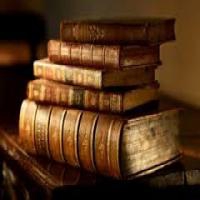 I can see how I can program S/R levels. A bit tricky but not impossible. Bigger problem is what if mkt is up in a break out situation and no overhead resistance is left. 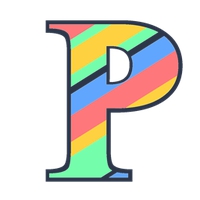 The S&P is doing exactly that now and there is no resistance in sight. In times like this we need to fall back on historical patterns of breakouts rather than previous support and resistance levels. 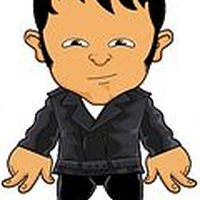 this is great stuff but where does the take profit get set? 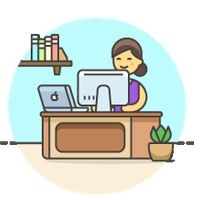 did u read the systems stories? they explain this great but i still want to see how to use support resistance areas to set tp.

This series on setups assumes a TP level is known beforehand. We relax that assumption in the next series on Systems and we show there how to use a simple simulation to automatically calculate a TP that works for many trades. Let us know if you have any questions.