What do the Forex ticker symbols mean in foreign currency trading and how to understand Base Currency, Quote Currency and Account Currency.

Forex contracts are expressed as a pair of foreign currencies such as AUD.JPY where the first currency is the Base currency and the second is the Quote currency. The base describes the commodity itself, just like oil, gold or Intel stock (INTC). The forex contract is priced in units of the quote currency.

For example, an ask price of 84.75 for AUD.JPY tells you that one Australian Dollar will cost you 84.75 Japanese Yen to buy.

Have you ever wondered why the AUD contract is expressed as AUD.USD but the Japanese and Canadian contracts are defined in terms of the non USA currency, USD.CAD and USD.JPY? Why is the Euro written as EUR.USD and not USD.EUR?

The short answer is that you could write them any way you like providing there is a market and your broker supports those reverse contracts. However, most if not all quote vendors express the contracts in the same ratio we use here.

The long answer is that, except for the recent Euro, the reasons are many and fuzzily recalled. I have my version of the story to tell based on my own experience working with foreign currencies since the 1970s.

Back in the dark ages, when researchers would enter data into mainframe computers using stacked decks of cards, there were many more European currencies than today. There were French and Belgian Francs, German DMarks, Italian Lira and many more. Some currency crosses were quoted in one fashion on one side of an international border but quoted in the reverse direction on the other side.

The preferred way to quote a currency for US traders or tourists should be just like the AUD.USD. When expressed this way, it gives the price of an Australian Dollar in the same way as the price of an apple: in the locally used US currency. On the other hand, it is less transparent for Australians who see a price quote that is slightly more confusing: how many US$ they get for one A$. That's like seeing how many apples you can buy for $1 instead of the price of one apple.

But the real problem was that currencies are rarely related by the same order of magnitude. So there might have been five Francs to the USD, three DMarks or 200 Yen but much more rarely 1.1 or 0.9 units of foreign currency. My memory is that the issue was resolved partially by aesthetics alone: it was never convenient to enter error prone numbers onto punched cards when the forex quote looked like a fractional 0.00512 US Dollars for one Japanese Yen.

I remember handling currencies using both the normal and the reverse ratio but I and those around me mostly favored the quote where a digit other than zero was on the left hand side of the decimal point. It just felt better, and it was easier to check on the old printouts where decimals were hard to read. No doubt, the older traders around us felt the same way, although it was never discussed, as far as I can recall.

Up until the early 1980s, one Australian Dollar cost more than one US Dollar. Other than the name, the two currencies developed independently of each other. There is no requirement for the two to trade at parity or any level other than what's determined in the market. The Australian Dollar derived from the Australian Pound (two dollars for every one Pound in 1966) which in turn had earlier derived from the British Pound. The British Pound in turn cost about US$5 through the 19th century until the turmoil of the First World War. Today each Pound costs roughly US$1.33 and is quoted as GBP.USD.

The Canadian Dollar traded around parity in the 1970s but closed out that decade around C$1.20 to US$1 so the quote was reversed to look like USD.CAD, with a quote something like 1.20. Had it been the other way around CAD.USD would have been 0.83, less aesthetically pleasing on the old printouts and terminals and slightly more error prone, although not as bad as the Yen or Italian Lira would have been.

If you follow all the currencies back to the 1970s you will notice a pattern where the currency with the greater number of units in comparison is usually placed on the right hand side as the quote currency. So the Yen is expressed as USD.JPY where there are today over 110 Yen to one USD.

I believe we inherit today whichever pattern was common up to the 1970s when computer databases froze the prevailing ratios. This is true even for currencies like the AUD which have more since fallen below one US$. Modern computers with clear screens easily displaying the decimal point or comma mean we don't need to worry about those old punched card concerns anymore, but we do continue to use the ratios that were convenient in earlier times.

What About the Euro?

When the single currency was introduced the European Union insisted it had to be quoted EUR.USD and not the reverse. It could be that they hoped the USD would be worth less than the Euro, as a matter of pride perhaps, but I don't think so. For Europeans, the natural way of expressing the currency if you had a choice about it or, as in this case, if you were imposing the ratio by fiat, would be to set USD.EUR as the standard. That would mean European tourists and traders would approach a foreign exchange counter and purchase US$ priced in their local Euro currency, just as they would apples or anything else.

In the same way as Europeans express a desire to price oil in Euros, they would price USD in Euros. It would make the most sense and be easier for them to discern value. But they didn't.

I believe the decision was poorly thought through. I think some Europeans saw the GBP.USD and compared that to their own French Francs (USD.FRF) or Deutsche Marks (USD.DEM) and decided they'd be the big boys on the block by insisting the Euro goes first in the ticker symbol, resulting in EUR.USD.

History is littered with accidents rather than plans. Correct me with a better story in the comments if you have one. I am less interested in the official narrative than what the real intention was, if indeed there was one.

So that's where we are today - organically grown currency ratios for the most part with the Euro thrown in by fiat. 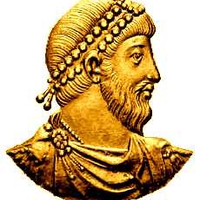 Yeah I hadnt thought of that. The yen cross makes alot of sense. The euros just wanted to be first imo. Good background.